As HQOA years worth of design, programming and collaboration comes to the forefront. I couldn’t be happier to have produced something as complicated and successful. 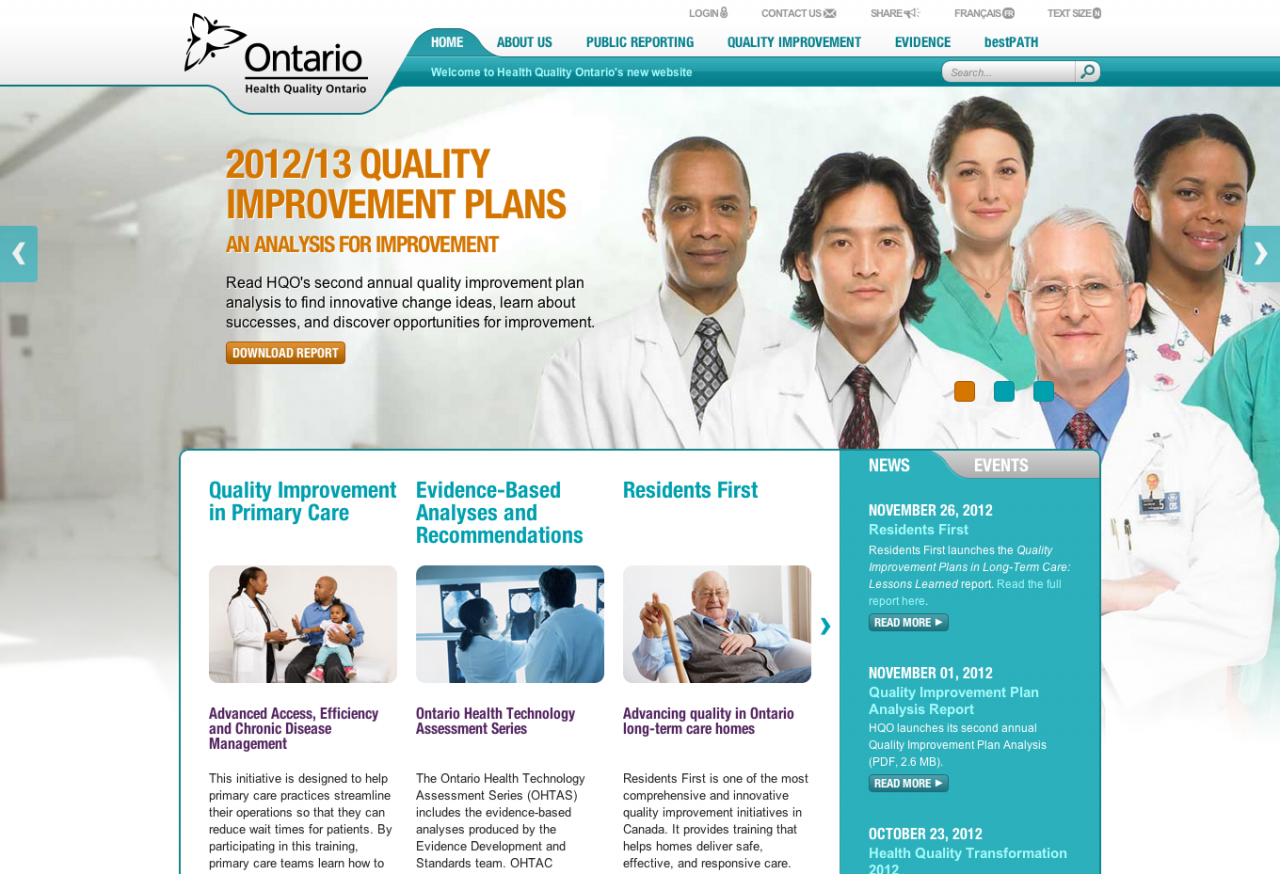 A year’s worth of design, programming and collaboration comes to the forefront. I couldn’t be happier to have produced something as complicated and successful. With the help of my colleagues at HQO, we were able to populate over 1000 pages of content into a refreshed bilingual format for the web.

I documented my design process and construction throughout the project and plan to organize that into a post at a later time. In that process I broadened my knowledge and added a lot of experience to my repertoire in the realm of Microsoft based server technologies such as .NET, C# and the CMS framework DotNetNuke. I am proud to launch this website to the public and I hope this can be a useful tool of information for everyone in the future.

Today, Health Quality Ontario’s Long-Term Care Public Reporting Website was refreshed with home-level data for all 630+ long-term care homes in Ontario. This is a first for the province – in fact, HQO now hosts the most comprehensive long-term care public reporting website in Canada. Any member of the public who is interested in long-term care quality in Ontario can go to the HQO website, look up a home of interest, and review that home’s performance on falls, pressure ulcers, incontinence, and restraints. Updated results for 9 of the 12 provincial-level indicators we report are also available as of today.

I’m very happy to have played an instrumental role in bringing the project this far, what started out as a simple design refresh, became an integrated team effort of success with many colleagues at Health Quality Ontario.

The issue, documented here on the chromium issues tracker, talks about the fonts looking slightly more bold, or heavier, thicker and sometimes fuzzy due to a small repair job done on CSS -webkit-font-smoothing property that many web designers and developers were using to make their custom web-font typefaces render as intended by the glyph outlines in the fonts that they embedded on their websites.

bungeman@chromium.org reports that the bug where it also affected the weight of the text as a side effect has been fixed.

He also mentions that the additional weight of the typeface is rendered on purpose by the CoreGraphics API on OS X. There is a setting on the system that smooths text for LCD monitors, dialating the glyph outline by a factor of two, and that there was in fact a bug with the previous -webkit-font-smoothing: antialiased CSS property that ignored the CoreGraphics doubling of the dilation effect and rendered the font to its intended outlines without any smoothing.

Now that the bug has been fixed in Chrome’s code, the antialiasing bug is no longer dismissing the CoreGraphics LCD smoothing and therefor the fonts look heavier.

There isn’t a straightforward solution to fix the bolding of type on webkit browsers on OS X, however one might try addressing Apple OS X’s CoreGraphics LCD font smoothing directly by turning off your system’s LCD smoothing in System Preferences (under Appearance or General Settings), or with the following command in Terminal and restarting your browser.

The default when using lcd smoothed text is 2. To reset to the default value, use this command:

Note: This won’t modify the way your website is viewed on other people’s computers with OS X and webkit-based browsers. This only affects your ownlocal OS X system LCD font smoothing rendering.

Update: apparently the Chrome team is going to revert the fix to a planned bug so that they can buy themselves time to release a proper solution.

There are a number of font formats that one can set MIME types for, on both Apache and IIS servers. I’ve traditionally had luck with the following settings.

After some exhaustive research, I managed to find the best server settings for serving web fonts. This article replicates my comment in reply to this question on the Stack Exchange forum.

There are a number of font formats that one can set MIME types for, on both Apache and IIS servers. I’ve traditionally had luck with the following:

According to the Internet Engineering Task Force who maintain the initial document regarding Multipurpose Internet Mail Extensions (MIME types) here: http://tools.ietf.org/html/rfc2045#section-5 … it says in specifics:

“It is expected that additions to the larger set of
supported types can generally be accomplished by the creation of new
subtypes of these initial types. In the future, more top-level types
may be defined only by a standards-track extension to this standard.
If another top-level type is to be used for any reason, it must be
given a name starting with “X-” to indicate its non-standard status
and to avoid a potential conflict with a future official name.“

As it were, and over time, additional MIME types get added as standards are created and accepted, therefor we see examples of vendor specific MIME types such as vnd.ms-fontobject and the like.

Update October 1, 2012: I’ve been in touch with some of the people at Monotype and Extensis who watch the W3C www-font listserve. Vladimir Levantovsky from Monotype mentioned to me that the media type “application/font-woff” has been discussed and approved by the W3C WebFonts WG, and as such is now the part of the WOFF spec. However, to the best of his knowledge, it has not yet been registered with IANA. Thomas Phinney from Extensis mentioned as well that he was recently discussing this among the engineering staff at Extensis the other day, and the conclusion was that having a real, dedicated MIME type for WOFF and fonts in general would be a good thing, from their point of view.

Update August 16, 2013: On January 3, 2013 the WOFF MIME Type was formally registered as application/font-woff with IANA. Consequently, Webkit has been updated and browsers that incorporate this Webkit update (e.g., Chrome and Safari) will likely be showing an error that displays something like: “Resource interpreted as Font but transferred with MIME type application/x-font-woff: /location/of/font.woff” in your Developer Tools Code Inspector. To fix this, you need to change the media type on your server to “application/font-woff”.

Since the warnings are only annoying I would recommend switching to the approved MIME type right away. In an ideal world, the warnings will resolve themselves in time.

With that said, we may see an entirely new set of protocols for servers serving web-fonts, which may include things like security, management and new architectures for font storage on the server side. Stay tuned!

Working independently as a student in the Graphic Design 03 class at OCAD University, I was tasked to design an information sheet to help people understand the object and its function. I chose a neck tie, and the process of how to tie the neck tie. 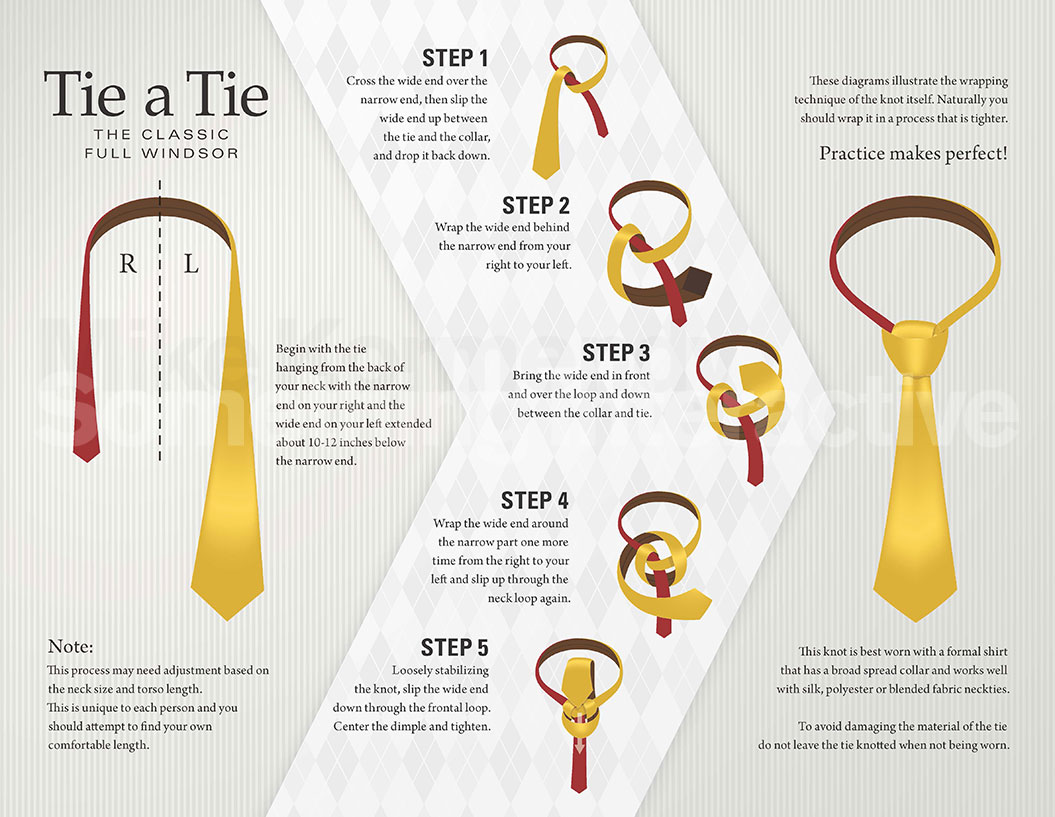 Many people find it difficult to follow instructions because they cannot understand the components of the product. This kind of frustration can be eliminated if a designer identifies and shows the different parts of a product clearly. In this project I was asked to explain an object by identifying and showing its parts effectively and by producing clear and concise instructions as to the function of the product.

Working independently as a student in the Graphic Design 03 class at OCAD University, I was tasked to design an information sheet to help people understand the object and its function. I chose a neck tie, and the process of how to tie the neck tie.